Property Market – The HCM City real estate market will be positive from now until the Lunar New Year in early 2019, according to HCM City Real Estate Association (HoREA). 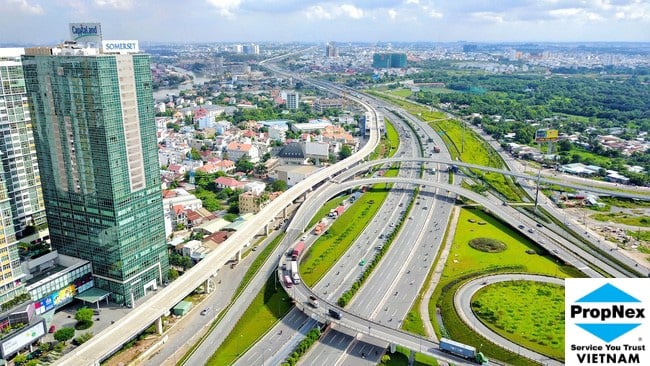 The year-end is usually the time when Vietnamese buy property.

HoREA expected the low- and medium-priced segments to grow strongly and retain their role as the drivers of the market.

It also forecast the start of a new trend, smart buildings.

Talking about land, Le Hoang Chau, the chairman of the association, said prices would fall back to their real value.

Authorities would crack down on land parcels that have been illegally divided, he said.

HoREA said the condotel segment would plateau and new regulations would be passed to manage the condotel, hometel, officetel, serviced apartment, and shophouse segments to ensure the rights of buyers.

In the first half of this year the HCM City property market saw a downtrend.

Supply of condominiums fell by 44.5 per cent and there was an imbalance between the high-end and low-end condo segments, it said.

The number of M&A deals also fell with only six out of 15 proposals getting approval from authorities.

The association advised property developers to be well-prepared before seeking banking credit.

But they should know that the State Bank of Viet Nam would tighten credit at the beginning of next year, it said.

It urged them to focus on small-sized condos costing around VND1 billion (US$43,800), saying it would be the key segment.

The number of foreigners buying condos in the city has surged in recent year, with many projects reaching the maximum level permitted by the law of 30 per cent.

For instance, many new projects in the Phu My Hung City Centre in District 7 attracted foreign buyers in droves.

The company has to strictly control secondary market sales to ensure the 30 per cent cap holds. (Property Market)

A similar situation can also be seen in District 2, where many foreigners live.

One person who wanted to sell his condo in District 2 to a foreigner could not do so because the developer said that would breach the 30 per cent limit.

Song Hai, a broker in District 2, said a large number of foreigners have bought housing there, with many projects selling 30 per cent to them.

Foreigners who want to buy should wait for the other foreigner to re-sell, he added.

Viet Nam News spoke with many developers, all of whom merely said there has been an increase in the number of foreigner customers without revealing the exact figure.

Foreign investors recognize the potential of the market and realize their return would be higher than the bank interest rates in their countries, he explained.

Nguyen Loc Hanh, deputy marketing director of Danh Khoi Real Estate Company, was quoted as saying by vnexpress.net that the 30 per cent cap has been reached mostly in the east of the city, especially in projects with less than 500 apartments.

He attributed foreigners’ interest to the cheaper prices in HMC City than places like Hong Kong, Singapore, Taiwan, and South Korea.

Besides, the HCM City market remains highly promising, they said.